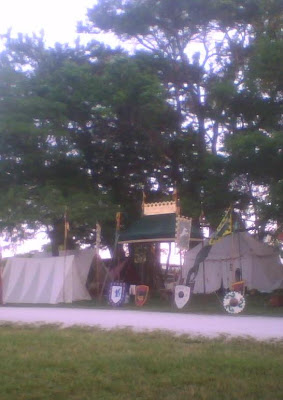 Here's a look at the Outlands camp from a couple of directions. I spent some of Saturday sitting in their camp watching the fighting.

I never take pictures of war fighting. I just feel like you can't capture the magic of it on film (or, y'know, memory stick). You take a picture you think is interesting, but when you look at it later, it just looks like a bunch of guys milling around in armor with some sticks covered in duct tape. :) 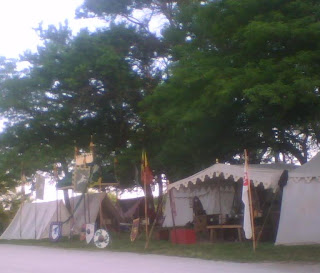 And here is one titled: "Outlands camp, with barrel." It's one of my favorites (I really like the soft refracted lighting), except for the big ol' blue trash barrel. 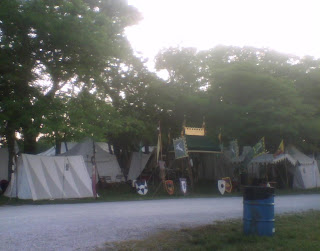