I Swear by my Pretty Floral Bonnet... 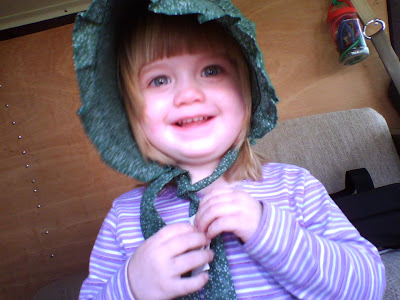 Jac in the bonnet that we bought for her at the Lincoln Library. (Which I didn't buy *just* for the Firefly reference, though it was the first thing that went through my head. Picked it up, turned to my brother, and quoted Mal. Can't really picture Jac saying, "I will end you"--but I could teach her... hmmmm...) 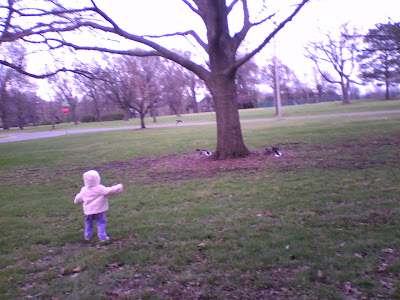 Wabbit season! Jac scares the ducks at the park.

There were *fighters* in a park in Topeka at something I think is called "fighter practice," so I couldn't resist documenting it. :-)

Khaentlahn and Kyle (and the van): 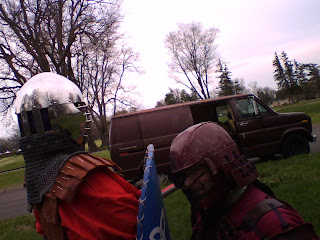 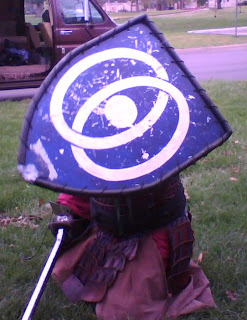 Though it was all for naught: 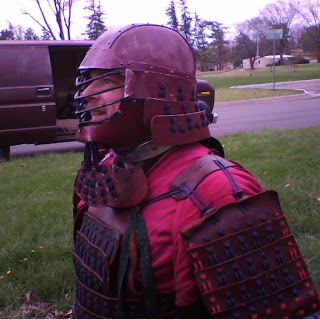