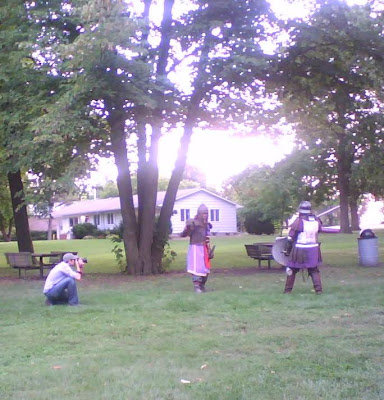 A photographer who wasn't me was at Fighter Practice last night, as well as a bunch of Carlsby fighters (such as Udutai and Mihangel, above). I just thought it was interesting to get the juxtaposition of the photographer, his humongous lenses, and the fighters. 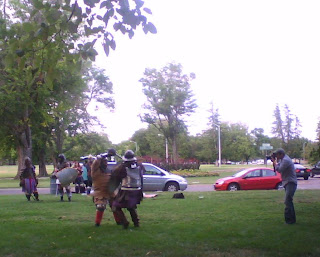 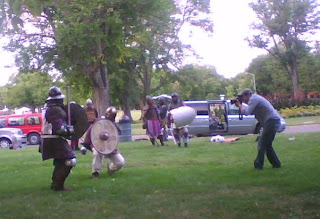 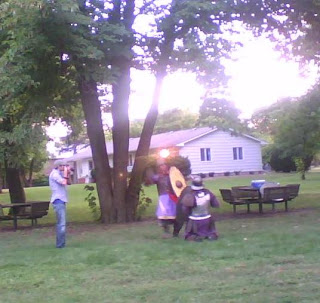 the sunlight on the window behind the fighters make it look almost like he was fighting with a lightsaber. Beautiful!