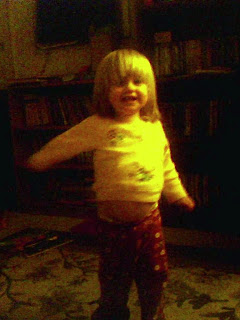 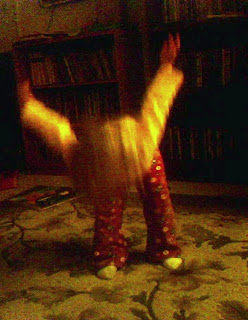 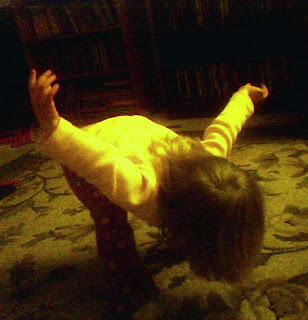 We went through this several times. Every time we'd stop applauding, she'd say, "CLAP!" And bow some more.

[Just in case you, like the pre-Jacque me, aren't as up on kids' television shows. On Dora the Explorer there's a character called "Swiper." He comes periodically into the tale and tries to mess up whatever it is that Dora and Boots (the light blue and lavender monkey that wears big red boots) are trying to get done. They look at him, hold up their hand, and say, "Swiper no swiping!" three times. He then says, "Awww, maaaan!" and leaves. I've found that this technique has many practical uses in everyday life.]
Posted by Jennwynn at 11:57 PM

Email ThisBlogThis!Share to TwitterShare to FacebookShare to Pinterest
Labels: Jacque